The League of Arab States, also known as the Arab League, is a regional organization consisting of Arab nations in the Middle East, Northern Africa, and the Horn of Africa. The League was formed in Cairo in 1945 by the six founding members: Egypt, Iraq, Jordan, Lebanon, and Syria. The main goal of the League of Arab States according to their charter is “strengthening of the relations between the member-states, the coordination of their policies in order to achieve co-operation between them and to safeguard their independence and sovereignty; and a general concern with the affairs and interests of the Arab countries.” Syria has historically been a part of the league but is currently suspended in response to the government’s actions in handling political opponents and uprisings in the nation. 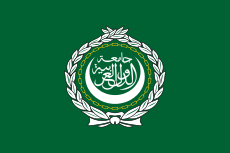