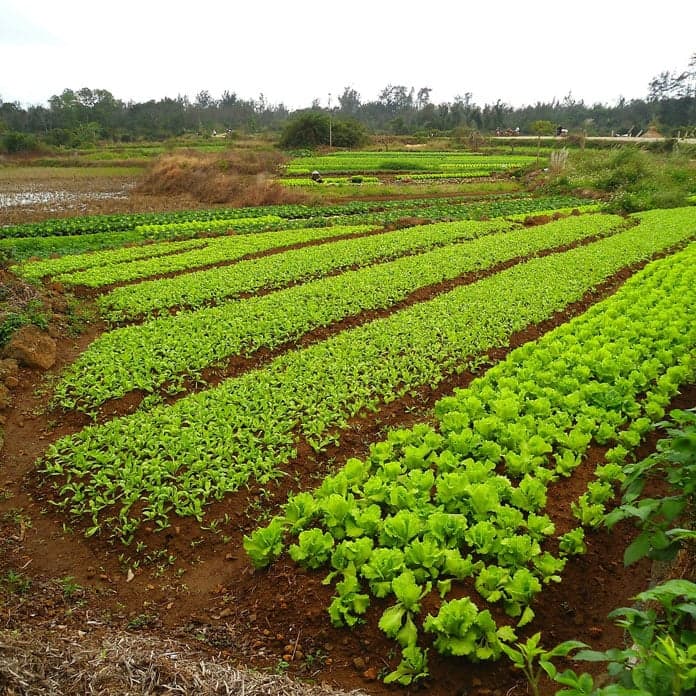 Over the past few decades, the global agriculture industry has been forced to adjust to sweeping societal changes, including booming population growth, increasing urbanization, decreasing rural populations, and a steep decline in the number of farmers. The industry has been able to shift in certain ways in order to face these challenges—technological incorporation, increased production efficiency, and a focus on mass industrial output. However, the escalating symptoms of climate change are impacting agriculture on a much more devastating scale. Crop harvesting, fertilization, irrigation, and food production are all hit by the effects of climate change, affecting the living standards of populations the world over.

For the past three years, global temperatures have consistently risen to levels considered the "hottest on record". The unpredictable weather patterns and sweltering heat that ensue as a result are calamitous for food producers in exporting nations. Scientists are predicting that the harvesting rates of wheat, soybean, and corn in North America will drop by over 20% in the future, as these plants are particularly susceptible to heat damage. Rising torridity can also accelerate evaporation, removing much-needed water from soil and precipitating it at erratic rates. Using irrigation to offset this effect is unsustainable—countries such as India are already experiencing groundwater scarcity. With less water, less healthy soil, and a lower output capacity, major crop producers like the United States lose out not only on some of their dominant exports, but also on their fundamental sources of food.

Countries with primarily agriculture- and energy-based economic sectors have been among those hardest hit by the effects of climate change. Case in point: Ghana, a country that thrives on farming and forestry. Temperature increases in Ghana have affected the overall well-being of the country, causing varied rain patterns, coastal damage, depleted water resources, and reduced agricultural output. Scientists in Ghana are looking to find ways to cultivate crops and increase production by means made possible by technological advances: collection of weather data, effective weather prediction, warning systems for farmers in case of turbulent forecasts, and practical produce marketing. Since Ghana's agricultural sector mostly consists of small farms, scientists are looking to help protect these farms from further harm and further their output across the country. Such small family farms are much less able to withstand the effects of climate change than factory farms, which are a frequent staple of larger nations.

Climate change has ravaged the global agricultural industry in several ways. Farmers and scientists are seeking ways to adjust to the new climate parameters, but it may not be of much help unless the most severe ramifications of climate change can be somehow alleviated in the future.