Mexico has reached a tipping point; it is no longer the poor nation it once was a generation ago. But, it also has a long way to becoming rich. The nation’s economy is the 13th largest in the world, but many experts claim that Mexico has been running under the radar in respect to a strong business investment for many international business investors.

For the second year in a row, Singapore sits atop Mercer’s rankings for cities with the best infrastructure.  The rankings are a result of a survey conducted in 221 cities around the world.  In this survey, quality of infrastructure is measured by electricity supply, traffic congestion, availability of flights from local airports, quality of public transportation, telephone and mail service, and availability of water.  As businesses continue to expand beyond domestic borders, it is vital for cities that wish to be relevant in international business to have a solid infrastructure.

Alongside China’s growing assertiveness in foreign policy, businesses in China are also being more aggressive in their international business practices. Chinese businesses are increasingly using international acquisitions to expand their presence overseas in various countries such as Canada and the United States. Chinese firms have already acquired an American manufacturer of high-tech batteries and a major aircraft leasing business this past month. Overseas acquisitions by Chinese companies are expected to continue to increase as firms pursue companies in Canada including Nexen, a major Canadian energy company. Chinese acquisitions are changing the landscape of international business and may also be an indicator of China’s goal to be the world’s strongest economy.

Since its inception in 1994, globalEDGE has been dedicated to utilizing its vast amount of resources to connect international business professionals worldwide to a wealth of information, insights, and learning resources on global business activities. As a key function of this goal, the online course modules in globalEDGE’s reference desk have existed since 2007 to provide interactive educational tools for use in the classroom or in executive training. These modules focus on issues relevant to international business and include a case study or anecdotes, a glossary of terms, quiz questions, and a list of references for further knowledge current topics. Partially funded by a U.S. Department of Education Title VI B grant, the modules cover several subjects that relate to international business, such as “Doing Business In” specific regions and tutorials on exporting.

globalEDGE is very excited to announce that we have completed our latest feature: regulatory agencies! We have compiled a listing of over 600 regulatory agencies across all globalEDGE industries and most countries. The regulatory agency links appear in both the industry and country specific pages- allowing for easy use for globalEDGE users. Users of globalEDGE will find these useful in that they will now be able to easily be able to research the specific regulations of countries that they may want to do business in. Also, many of the Business Services Regulatory Agencies are involved with the import/export regulations of those countries.  No matter what industry one is involved in, I’m sure these resources will be useful to you! Go check them out on gloablEDGE!

Today we are profiling the globalEDGE LinkedIn group. The group is open to anyone who has a LinkedIn profile and acts as a medium where the latest business news is presented and debated. To spur conversation, every week we post an article pertaining to a recent business development. We then hope to engage some of our group members in dialogue to better understand what the implications of this development mean and to hear different perspectives from others.

We hope you will take some time when you are visiting LinkedIn to stop by the globalEDGE Network and post or comment in the ongoing conversation. Our LinkedIn group can be found here!

The year of 2012 has been a great and exciting year for globalEDGE! To wrap up the year, the gE blog team will highlight some of the many exciting international business features globalEDGE has to offer. Throughout, this week there will be a blog post each day regarding globalEDGE. By keeping up with our blog series this week, you will learn about our new Regulatory Agencies section, the globalEDGE LinkedIn network, and our updated online course modules. We will begin this week by talking about the recently released Country Comparator Tool!

The last few blogs here on globalEDGE have not been too optimistic and may make one think that the world may indeed end in December (as the Mayans allegedly predict). This blog will not be much more optimistic. However, instead of just talking about recessions, this will explore some of repercussions or causes that are being observed right now. Specifically, this will explore the potential permanent change in the financial services industry.

As globalization has emerged and evolved into one of the leading factors driving business decisions today, certain countries and economies have been profiled for their seemingly important role in this new age. India is seen as one of those stars in the age of globalization but recent setbacks may warrant a second look. With anemic growth in the United States economy and the European Union with its whole host of problems some economic consequences for India seem legitimate. However, with the missteps that India businesses have taken, both at home and abroad, the business practices of the country must be questioned.

Agriculture has been an essential industry for nearly all major economies in the world. These countries use agriculture to drive international trade and create jobs. In the United States, agriculture is one of the most export dependent sectors of the economy with one-third of US agricultural production exported annually. Developing countries have realized the importance of creating economic growth through agricultural production and exports. With an increasing global population, agriculture has provided emerging economies opportunities for growth and integration into the global economic picture.

Many analysts anticipated the growing possibility of the 3rd largest economy falling into recession in the short future and the time has now come. The analysts expect that Japan will stay in recession in the final quarter of the year due to sluggish trade to China, a strong yen, and the effects of the tsunami that ravished the country over a year ago.

Official data on Monday morning showed Japans economy contracted during the second quarter this year by .03% and then by another .09% between July and September. The increasing contraction trend of the economy is putting more pressure on the government and Bank of Japan to take more steps to boost the economy.

World Conference on International Telecommunication - Is your Internet Privacy at Risk?

The International Telecommunication Union (ITU) is meeting December 3-14 in Dubai for the World Conference on International Telecommunications 2012 (WCIT) in what is being dubbed by some as the “conference to claim control of the internet” due a new internet privacy standard that has been approved. While this claim may be a little extreme, the ITU has adopted controversial changes in the restrictions that would allow internet service providers to examine internet users’ traffic.

For the most part, Africa struggles to develop large amounts of energy, and Ghana is striving to change this. Apart from the northern and southern parts of the continent, Africa has no major energy sources and no efforts have really been made to fix the problem. Blue Energy, a British renewable energy investment firm officially verified plans to build Africa’s largest solar panel installation. It will be a one hundred fifty five megawatt photovoltaic plant, and construction will be located in Aiwaiso, Ghana. Officials are hoping that this is the start of a revolution for renewable energy in sub-Saharan Africa, and it will show whether or not governments can unlock the large potential that Africa holds for solar energy.

There are certain facts of life and globalization is one of them.  But with completely integrated social, economic and structural systems comes both a profit and a price.  The phenomenon has occurred in three waves across modern human history: beginning around 1870 and ending at the start of World War I, reviving in 1950 due to multiple trade agreements and ending in 1980, and finally establishing permanently at the fall of the Berlin wall in 1989.  But as the flow of goods, services, currency, technology, legislation and human capital increase across national boundaries, there have been a number of costs (both apparent and latent) that a variety of stakeholders have had to bare.

Egypt's Threat to the Global Economy

In light of ensuing protests in Egypt, attention has been turned to the potential effects the crisis will play on the already stunted global economy. President Morsi of Egypt announced that his decisions would not be subject to judicial oversight until a new constitution has been enacted. This seemingly dictatorial declaration is what sparked the unrest that has already greatly affected the national economy. The protests are continuing, as seen on Sunday when supporters of Morsi surrounded the judicial court, forcing them to suspend sessions until protests have ceased. Due to the continuation of this crisis, the global economy might soon experience some dangerous effects that the Egyptian economy is already facing.

Is College Still Worth It? 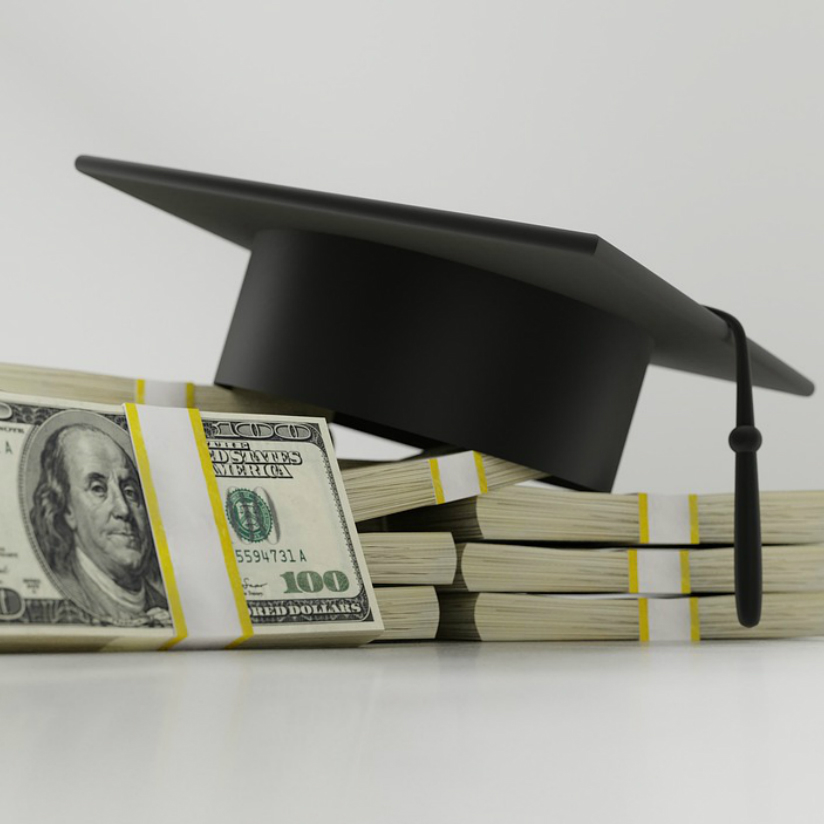 As a current college student, I always find myself interested in the huge investment that many students are making in college. This is especially more interesting to me as many nations are experiencing rising unemployment rates and many college students are returning home to live with mom and dad according to a Pew study. Further, the Federal Reserve of the United States just released new data on the debt levels that college students and graduates have accumulated. While this is a problem that is mostly unique to the United States, the European Union and many Asian countries currently subsidize higher education. Therefore all countries should pay attention to this as the subsidies may run out in the near future.

Lately, Iran has been under a lot of international fire because of its nuclear program and its questionable intent.  Iran claims that the goal of its nuclear program is to generate an alternative energy source, but American and European officials believe that Iran has plans to build nuclear weapons.  As a result, the United States and Europe have put sanctions on Iran’s oil and natural gas exports because they believe that this large source of revenue could be financing Iran’s nuclear program.  Sanctions, however, have not been applied to Iran’s renewable energy program, which happens to be the largest in the Middle East.  Iran is developing renewable energy sources to lessen its dependence on fossil fuels and in part to escape the sanctions that have been placed on its oil and natural gas industries.