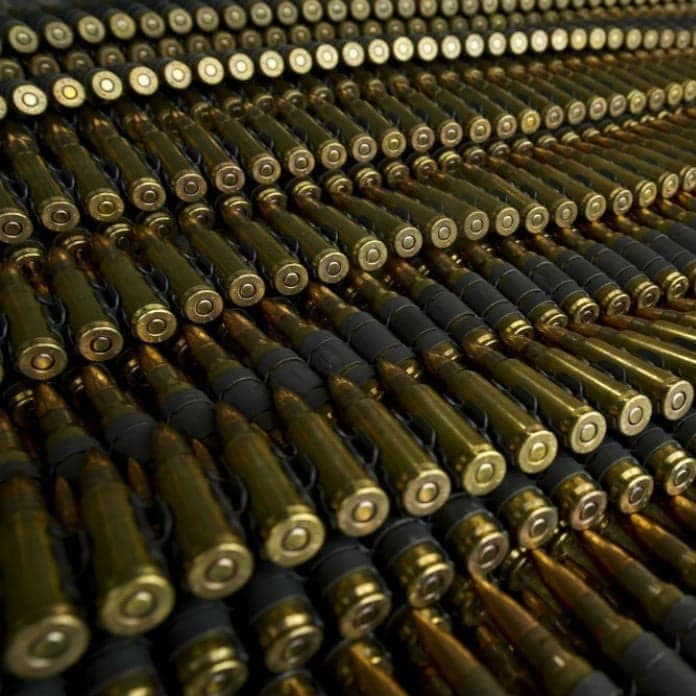 The headline of their latest data release is that global arms trade volume has reached its highest point since the end of the Cold War in 1990. While the overall global uptick is intriguing in its own right, there are also several interesting trends at both the region and country level.

Over the past five years, 57 nations exported arms, but the total volume of exports was extremely concentrated. The top five nations accounted for nearly three-fourths of all arms trade and the top two nations were responsible for over half of all trade. The top five exporters of arms over the past five years were the United States (33%), Russia (23%), China (6.2), France (6%), and Germany (5.6%). While all these nations export billions of dollars of arms annually, their respective exports are trending in very different directions. The US and Russia both saw single digit growth in their exports over the past five years, while France recorded a 5% decrease. The more notable trends came from Germany, who saw a 36% decrease in arms exports and China who conversely recognized a 74% increase.

The number of arms importing nations, at 155, is nearly three times greater than their exporting counterparts and their share of total imports is much more evenly dispersed. The top five importing nations only accounted for 34% of the total arms trade. These five nations, listed in order, are as follows: India (13%), Saudi Arabia (8.2%), the United Arab Emirates (4.6%), China (4.5%), and Algeria (3.7%).

One of the most significant trends in arms importation was the 68% increase in arms transfers to the Middle East. This growth was spearheaded by Saudi Arabia and Qatar, who realized 212% and 245% increases in imports, respectively. The underlying causes for this trend are twofold. First, continuing conflict and high tensions in the region led to increased demand and secondly, peaking oil prices over the past few years allowed Middle Eastern nations to step up their military expenditures. The global arms trade is very complex and regulated, resulting in deals that take years to complete. Many of the current shipments arriving in the region were agreed upon years ago, before the collapse in oil prices. It is for this reason precisely that many analysts are projecting this growth to slow down over the next few years considering the substantial decrease in oil prices.

To learn more about the global arms trade visit the SIPRI website or visit the Aerospace and Defense industry page on globalEDGE.