How Technology, Demographics, and Consumer Trends are Shaping Chinese Manufacturing 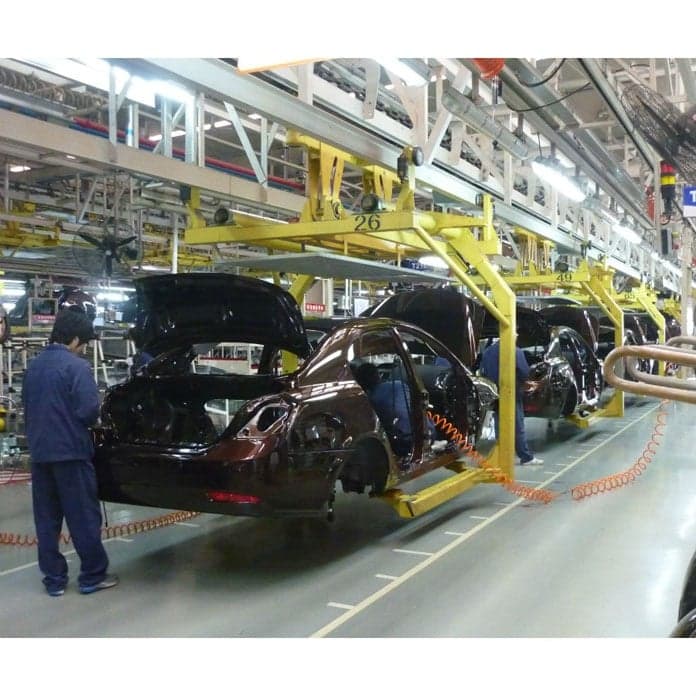 Since implementing market reforms in 1978, China has recognized the fastest sustained economic expansion in history, with GDP growth averaging almost 10%. Much of China’s assent to the second largest economy in the world can be attributed to the growth and development of their manufacturing industry. In 1990, China accounted for less than 3% of the global manufacturing output by value; today they account for nearly 25%. However, the economic and demographic trends that stimulated China’s meteoric rise are shifting and China is being forced to shift their manufacturing strategies to remain on top of global manufacturing.

In the late 90’s and into the new century, manufacturing firms were drawn to China for the seemingly endless supply of cheap labor. China was in the midst of a population boom and the working age population was expanding rapidly. Foreign companies in the midst of developing new manufacturing technologies found it much cheaper to cut research and development costs and outsource their manufacturing operation to China where labor cost pennies to the dollar when compared to the United States and other developed economies.

Today, China’s once bottomless labor pool is draining. The Chinese government’s one child policy, which was implemented in 1979, along with other population control policies are beginning to affect the working age population (ages 15-59), which recently peaked and is now declining. On top of this, wages and benefits for workers are on the rise, growing by over 10% for the last decade. Suddenly, the once endless supply of cheap labor is not as endless or as cheap as it once was perceived to be.

Another factor that is disrupting the Chinese manufacturing industry is increased consumer demand for personalized goods. Today consumers across the globe have are demanding customized goods ranging from pharmaceuticals to cosmetics to apparel. Consumers are also placing more emphasis than ever before on how quickly they can receive their goods. This, coupled with rapidly changing trends, especially in the fashion world, are forcing companies to adopt agile supply chains that allow them to quickly alter production based on current trends. Altogether, this means that the past model of mass manufacturing outsourcing to China is no longer viable for many companies. The products that were produced would simply take too long to ship to consumer markets, and during that time it is possible that consumer trends could have shifted.

China is not naïve about these global trends chipping away at their competitive advantage. They realize that they are starting to be pinched in the middle of automation and cheap labor. Companies simply looking for the cheapest labor are turning to other countries in Southeast Asia with cheaper labor and companies looking for high-tech automated manufacturing are doing so in the more developed economies throughout Europe and North America. In an effort to curtail this, China has been implementing new technology to help automate and increase the productivity of their factories.

In an effort to streamline this automation growth, China announced the “Made in China 2025” initiative, aimed at developing an innovation-driven industry that emphasizes quality over quantity. Along with several specific quantitative goals, Made in China 2025 has the overarching goal of creating a more efficient and integrated manufacturing industry that can occupy the highest parts of the global supply chain.