Working Conditions in the Textile Industry 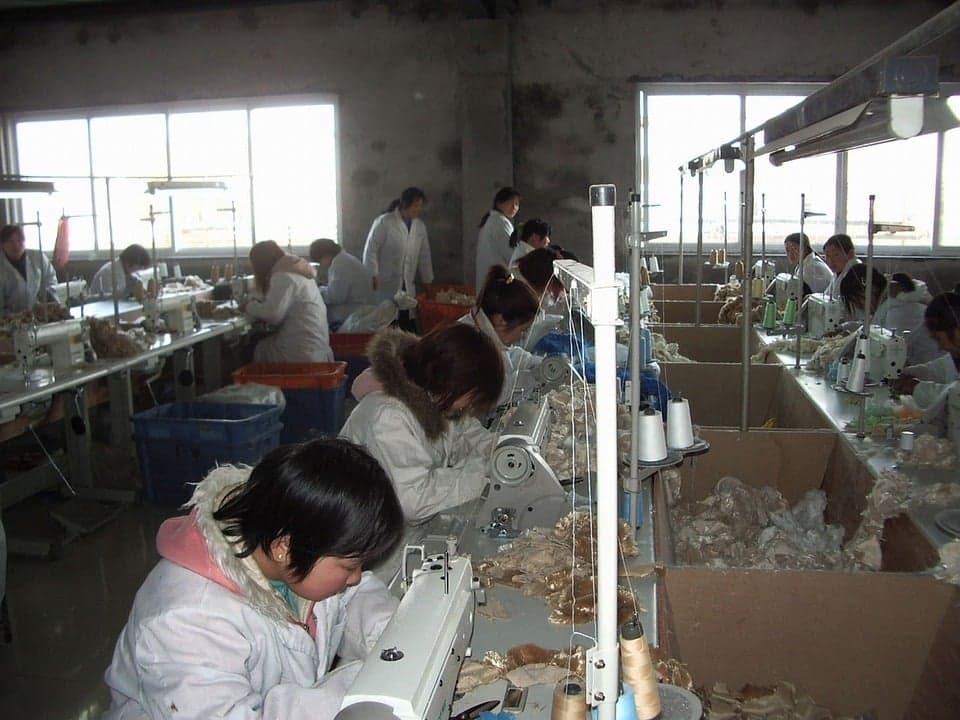 This is part four of a five-part blog series on the evolution of the textile industry over time.

The textile industry is one of the largest economic markets in the world, generating $450 billion and employing over 25 million people across the globe.   It’s estimated that over 120 billion pounds of textiles are made each year, a number that is ever-increasing because of constant high consumer demand.  Specifically, cotton consumption rates feature all-time highs, with an annual demand of over 120 million tons.

However, as of 2007, only $3 billion of the $450 billion—0.5%—of the revenue generated by the textile industry is considered “fair trade or environmentally stable” according to Global Action Through Fashion.  One contributor to this statistic is the use of sweatshops—factories where workers endure unhealthy and exploitive conditions, such as long hours, unventilated workspaces, low pay, or exposure to toxic materials—particularly in developing countries that depend on the industry as a facet to their economy.   For example, in Cambodia, the textile industry represents 80% of their export earnings and the industry makes up 75% of the earnings in Bangladesh.  Typical hours for a textile industry employee range from 10-18 hours per day and up to 80 hours per week, and require additional overtime hours to meet strict company deadlines.  Many of these countries, such as China, don’t uphold Fair Trade Certificates and therefore place heavy restrictions on these employees and any labor unions within their legislature.  Working conditions decline even more for women in the textile industry, who are subject to more incidents of physical and verbal abuse than men, receive little help during maternity, and often are given less accommodating work spaces within the factory.

Because this industry is so important to many developing countries, employees abide by these high obligations regardless of their own well-being to keep a job that provides for themselves and their family.  For many citizens of developing countries, working in sweatshops might be seen as a better alternative than their current lifestyle.  As businesses claim that these shops are required to maintain competitiveness within the textile market, some citizens within these countries view a job as a way out of poverty and away from scavenging through filth on the dangerous streets.

One interesting development that has arisen from sweatshops is the evolution of homeworkers.  These homeworkers are subcontracted textile employees who create products from their own home and earn revenue at a per-piece rate.  Women in Informal Employment: Globalizing and Organizing estimate that up to 60% of garment production in China and Latin America is done by homeworkers.

Ultimately, holding a job in society’s growing textile industry is highly demanding.  The long hours and poor work conditions are tough, but at the same time offer economic stability to developing countries.  At the end of the day, these jobs allow the industry to continue to meet the world’s need for more material and seem to be involved in textile making for a long time.

Check out these links for some of the other blogs in the series:

Part 3: The Textile Industry During the Industrial Revolution