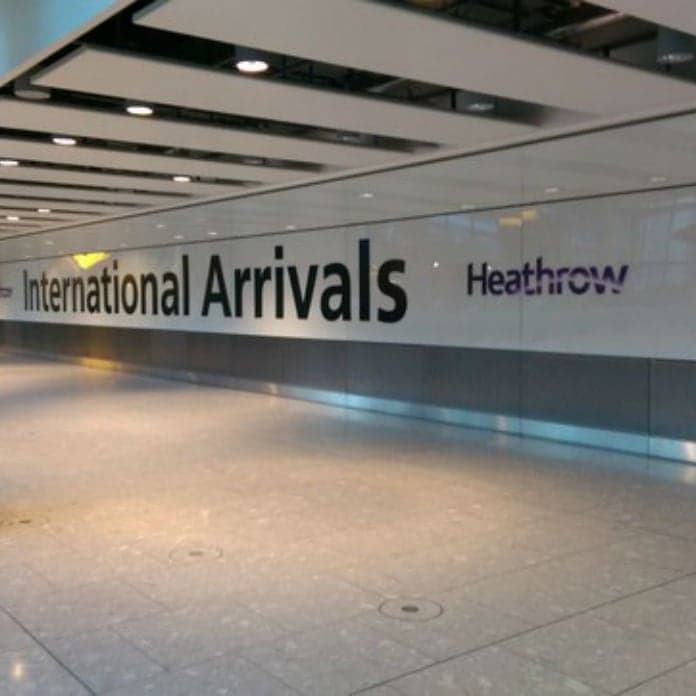 And they head in the other direction too.  Hainan Airlines, a China carrier flying from Boston, gives lifts to U.S. students studying in Beijing, Shanghai and elsewhere in the country.  This worldly traffic constitutes a yeasty international exchange that suggests better relations ahead in business, scientific research, diplomacy and other endeavors. In a world fraught with conflict, especially over immigration, it’s refreshing to see that this aspect of globalization is very much alive.

One shouldn’t generalize, but it seems likely that these young people are above all interested in making the world a better place.  They are seeking opportunities and schools that cater to this desire.  U.S. News and World Report now rates U.S. colleges according to how popular they are with prospective change agents interested in the environment, civic engagement, economic development and learning other languages.  These days, if you’re running a college and want to attract a certain kind of high-performing high school graduate, you better have study abroad programs and they better be good.

Many students are interested in spending time abroad during their four or more years of college, so institutions have been busy setting up their own overseas campuses, often in multiple parts of the world including Asia, Europe, Latin America, and the Middle East.  U.S. universities have increased their foreign student recruitment efforts and many staff-up their campus life programs with multi-lingual counselors.  To attract more full-tuition paying students from Arab countries, some schools have built prayer rooms and serve Halal food in the dining hall.

The Chinese government has a scholarship program that covers the full cost of tuition for thousands of students from around the world who want to study Chinese language and culture.  Moving-in days in top-ranked universities such as Beijing Normal and Fudan University in Shanghai are going on this week.  Fudan has several massive dormitories devoted to international students.  The mandarins ruling China understand that the people of the world need most of all to communicate with and understand each other. It’s in their self-interest to have people in other countries who can communicate in Chinese, just as it’s important to have Chinese young people who are at home in the larger world.

Back in Boston and other American cities, Chinese students are coming for the full four years—and after graduation they hope to work here, if the U.S. government can decide on a rational visa policy that allows foreign students, particularly in STEM areas, to stick around more than a couple of years after they get their diplomas.

One such student is on her way to Princeton, one of four mainland Chinese students to be admitted there in this year’s freshman class.  She plans on studying molecular biology and got perfect scores on her entrance exams.  Her mother and father are accompanying her to a family orientation on the campus.  They don’t speak English, so their daughter will translate.

They’ll be sad to say goodbye to her in a few days.  She is their only child due to China’s one-child policy, recently rescinded in favor of two—but too late for them. They are paying full tuition, over $60,000 a year.  It’s a huge sacrifice for them, never mind that they won’t see their daughter during summer vacations because they can’t afford the extra money for travel.

We should all be grateful to them and to all the other parents, who shed tears this year and bid farewell to their children, entrusting them to the care of people in another country. In a troubled world, it’s hard to imagine a better, more important gift.