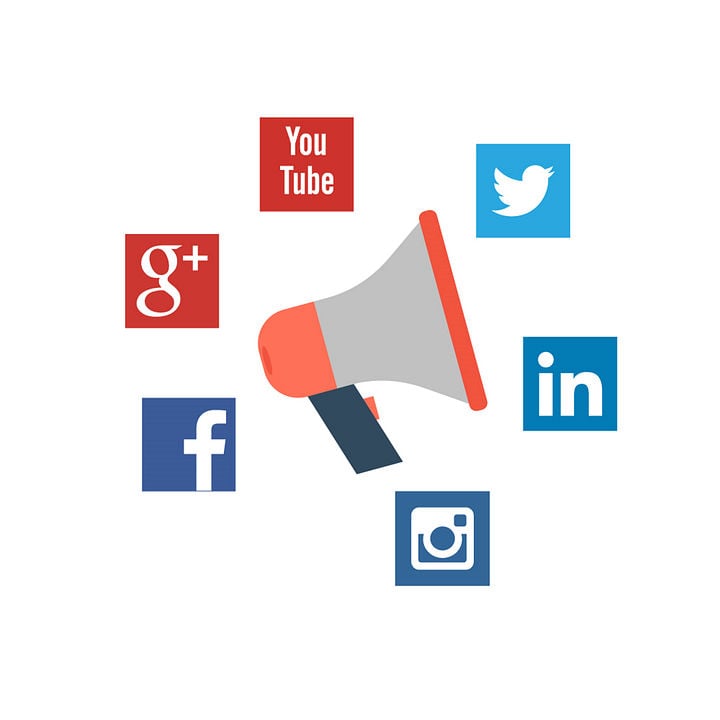 Internet advertisements come in a variety of different forms. One of, if not the largest online advertising platforms is Google's advertising branch. Google has roughly 783 million unique visitors on its search engine while having about 722 million unique visitors on YouTube, one of its websites. Google offers advertisements by promoting paid websites to the top of its search feed. This increases the amount of exposure a company can receive. Advertisements can be used even more effectively, by being put specifically on internet searches for a set of related words. This can put competitors higher on a Google search than the company originally being searched for, giving a huge advantage for anyone browsing for goods and services. The company Basecamp even purchased advertisements on their own search term, to prevent competitors from gaining traction.

On the website YouTube, a similar form of targeted advertising can be seen in mandatory video advertisements placed before, during, and after videos. This is crucial for maintaining the content creators on the platform. People who create videos can split the revenue with Google, giving the most popular creators a chance to live off their content. YouTube has been plagued by a variety of issues when advertising. A series of events sometimes referred to as the “Adpocalypse” led to boycotts by many major corporations that did not want their ads associated with certain types of content. The boycott included major companies from around the globe, including AT&T (USA), Nestle (Switzerland), L'Oréal (France), and Audi (Germany).

To combat this, YouTube has implemented a variety of features to appeal to both advertisers and owners of copyrighted materials. In doing so, many forms of content, including political and inappropriate videos are deemed not safe for advertisers, and demonetized, leading to a lack of security for YouTubers income. This unreliability of many online platforms, including online streaming services like the website Twitch, has led to a large number of content creators across the web making partnerships with different companies to advertise products in their posts, often by including an ad in the video. On social media websites, such as Instagram and Facebook, content creators post photos either showing off or promoting products and services to their large amounts of followers, increasing brand recognition.

These brand negotiations have massive impacts on the state of the internet, given how many people are moving to these online platforms. Countries such as India are experiencing massive amounts of growth onto the internet. From 2009 to 2017, the percentage of India’s population with access to the internet increased sixfold. This led to the Bollywood media giant T-Series becoming the largest channel on YouTube, with over 110 million subscribers. This exponential growth of access to the internet could lead to even further capitalization in regional markets previously not tapped into by companies.

Advertisers wield a lot of power when dealing with large technology organizations. With the ability to have targeted advertising, as well as ads integrated into the specific content from creators, advertisers can receive enormous amounts of exposure. By supporting creators and technology companies, advertisers hold up the structure of the internet, allowing large amounts of it to be accessed for free, without having to pay subscriptions for each website. With the continued expansion of the internet, advertisers will continue to support and work to maintain the digital landscape.