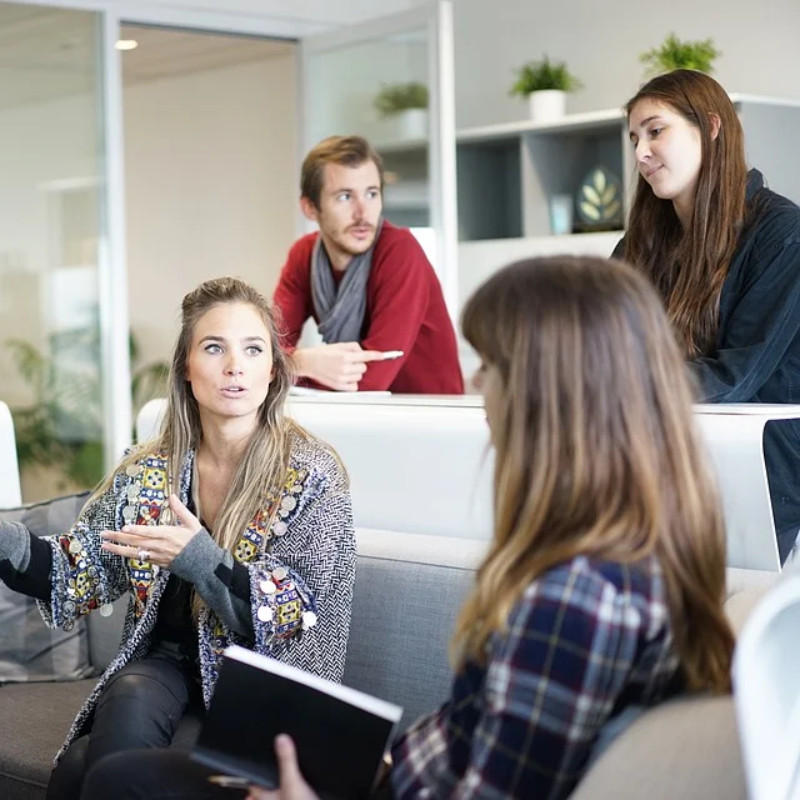 As a new generation of women is graduating from colleges, universities, and trade schools around the world, they still face an issue a very present issue that has plagued generations of working women for decades: the gender pay gap. The general consensus is that globally, men tend to earn more than women. This is despite the greater number of women with higher education levels, more women breaking barriers and entering industries that are male-dominated, and a push by all women for higher pay. This blog will dive into why there is a gender pay gap and why it is persistent worldwide.

In 2018, 3.3 billion people were employed around the world. Out of this 3.3 billion, 52.59% of the labor force participation was made up of women. As of 2018, women on average were only earning .82 of every U.S dollar men were making. Why is there is a difference in pay when there have been so many strides for women in the professional world? There are many reasons that it still persists around the world and it is not always due to discrimination as many would think, but rather the type of job, education, and amount of experience as well as the ability to access healthcare. Rich countries that have been able to reduce their country’s gender pay gap over the last couple of decades have been able to do so due to a reduction in the gender education gap.

Today, the type of jobs that women generally gravitate to helps to explain the still present gender wage gap and not education itself. In 2010, the gender wage gap was primarily made up of differences in occupation and industry between men and women, leading to the overall gender pay gap. Though women tend to be paid less than men during normal jobs, women also are generally responsible for other care work that is all unpaid, such as taking care of the home and children. There are a lot more women in lower-paying jobs because, in this job, they are able to also have time and the ability to take care of children, their home, or other types of unpaid care work. In fact, women tend to seek out jobs that allow for flexibility because they are almost expected to need such flexibility to have time for other areas of their lives even if they pay less than men when the same hours are put in. Pharmacy is one area that has seen a reduction in the gender pay gap because technology has allowed the profession to be more flexible and efficient, leading to the industry to become a women-majority industry.

The issue of a gender pay gap is persistent across countries and cultures all around the world, though some countries have been making strides in reducing the gap over the last 50 years. Iceland has the lowest gender pay gap, followed by Norway, Sweden, and Finland. On the other hand, Yemen has the highest gender pay gap, followed by Pakistan, Iraq, and Syria. In 1970, the UK had a 47.6% difference between the median earnings of men and women, while as of 2016, the difference was 16.8%. The U.S. had a 38.1% difference in 1973, while the difference was 18.1% in 2016.

The gender pay gap was once thought to be lower in countries with really small or big GDP’s per capita, but this has been proven incorrect. In fact, countries where GDP per capita is right in the middle tend to have smaller pay gaps, but it isn’t because women are being paid more. This is due to the general reduction of women seen in these labor forces; when there are fewer women participating in the labor force, the gender pay gap decreases. A low gender pay gap in a country may mean that fewer women are taking part in the workforce which allows for the gap to be smaller.

One big driver of the global gender pay gap is that women tend to be underrepresented in higher-level management such as senior or middle managers. In the United States, 40.1% of higher management positions employed women, while in countries such as Mexico, India, and Pakistan, only 36.4%, 13%, and 4.2% respectively, of higher management positions are held by women. Around the world, only 19% of firms have at least one woman on their managerial team. A firm that has more women managers tends to employ more women workers, which explains the gender pay gaps in those countries.

At the current rate that the gender pay is on, it will take decades for countries to solve the gender pay gap, while it is estimated that it will take 202 years for the global gender pay gap to reach equilibrium. Though the gender pay gap is not being solved for a long time, it is important to continue encouraging women around the world to pursue higher education, degrees, jobs, and managerial positions to create inspirational role models for future generations of women workers and leaders.