The Strikes That are Defining Markets Around the World 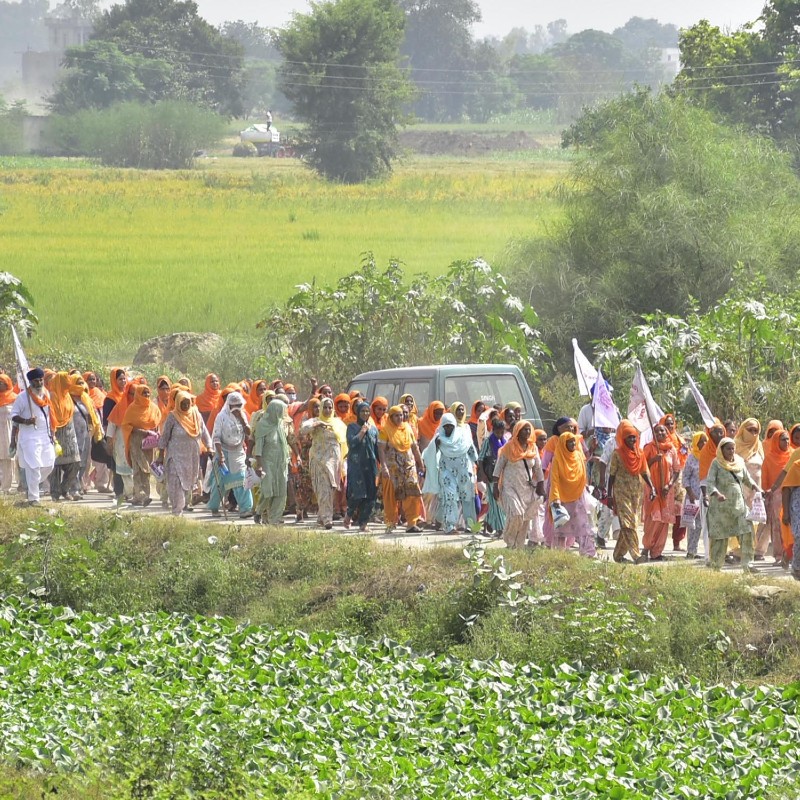 Notable strikes throughout the world are making significant changes and bringing awareness to market and business faults throughout different countries. This blog discusses the Indian Farmer strikes, the Alabama Amazon strikes, and the South Korea Courier strikes.

A strike is defined as a collective refusal by employees to work under certain conditions set by employers. There are many reasons a group of workers may decide to strike, though principally in response to economic conditions, labor practices, sympathy for other striking unions, political reasons, or from a jurisdictional dispute between two unions.

First, in the past week, the Indian Farmer Strike has reached 250,000 people striking. A picture of some of these workers is shown on the right. These strikers are protesting bills recently passed by the Indian government that will, in essence, remove most of the protections that local farmers have from large corporations. The bills will allow private buys to hoard essential commodities for future sales and outline rules for contract farming, which is when a farmer tailors their production to suit a specific buyer’s demand. Another large change is that farmers will be allowed to produce at a market price directly to private businesses, which will eliminate assured floor prices.

Second, in Alabama, United States, Amazon workers are striking during the construction of a new Amazon warehouse. Amazon has had a long history of workers protesting for higher wages and better working conditions. However, most of the time employees' attempts to unionize are stamped out. Workers in Alabama are protesting for hazard pay and safe working conditions through the COVID-19 pandemic. Due to their protests, the building of the new Amazon warehouse is being halted and other workers in different states are looking onward.

Amazon has become a retail giant and sets a standard for many other retailers in the United States. In 2018, Amazon set their standard minimum wage at $15.00/hour. This is more than double the federal minimum wage, making the company a leader in its field for pay. If they decide to change their general policies, many other retailers may copy them to keep up, creating an industry-wide progression of working standards.

Finally, in South Korea, courier workers are speaking out against harsh and long working conditions. Some of the biggest companies involved in these disputes have been CJ Logistics, Hanjin Shipping, and Lotte. A survey taken in September 2020 showed that couriers work an average of 12 hours a day, six days a week. These long work hours have only increased throughout the continued pandemic and are expected to increase by 20% over the Lunar New Year on February 12, 2021. In 2018, the South Korean government passed a law saying that the average workweek would be 52 hours instead of 68 hours, naming it “The Right to Rest.” Couriers are fighting for this right to rest, and many companies are working with these workers to avoid any more casualties. Multiple logistics companies are hiring more couriers to prepare for the New Year and allow their workers to rest.

Strikes can make substantial changes in their fields and economies. Due to a deeply globalized world, each market is at risk and will be affected by a disruption in the supply chain. To protect your businesses from worker strikes, follow business ethics, stay informed and aware of the current news and political landscapes, and understand your company's supply chains. Strikes most often occur near important company events or the end dates of contracts.