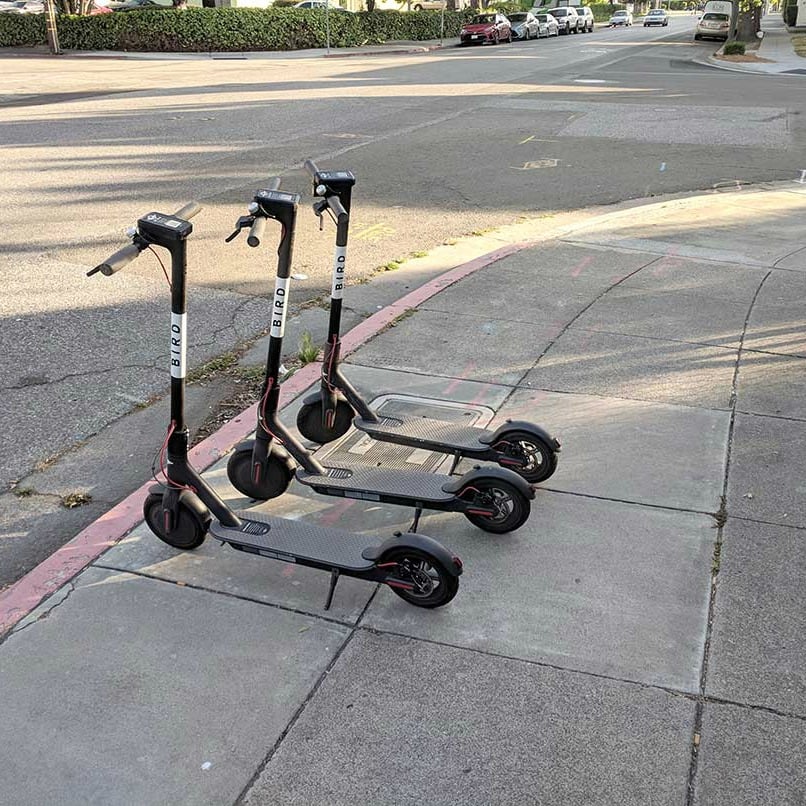 The world is always looking for the next technological advancement that will bring in money and make everyday life easier. Right now, the fastest startup in the world to reach one billion dollars is Bird rentable scooters. Bird, along with its competitors, Lyme, and Skip, have taken advantage of people's newfound love for easy and fast modes of transportation in crowded cities and around college campuses. This is especially popular with younger people as most of the users are college students or young adults that live and work in cities and have little use for cars. Bird has combined the incredible ability of smartphones with the need for more public transportation and has created apps that allow people to locate scooters everywhere and give them a cheap and easy way to get places quick. This works because of its ubiquitous accessibility. Whenever someone needs one, it is a click away, and when they did, they simply put the kickstand up and continue with their day.

While these companies are flourishing, the immense increase in the number of users and scooters have complicated the process. Regulations have become a big problem in the market. San Francisco was one of the many cities that spoke out against the scooter surge as a city attorney called the scoters “a free for all.” The scooter industry, however, is adjusting to regulations as they are talking to cities and agreeing on a certain number of scooters that can be deployed. They focus on having the cities want their scooters there. To fully understand the issues these companies are having, it is important to look at the ideas that came before them, in comparison to the battles of Uber and Lyft, Uber and Lyft barreled into cities to first win popularity from consumers before regulators began to devise new rules for online ride-hailing services. Those fights largely resulted in laws favorable to the companies.

The companies have met with city officials and have been able to set standards such as parking regulations and a quantity limit to ensure efficiency and sidewalks that are not crowded and unsafe. And these companies are inevitably collecting copious amounts of data. The cities should insist on seeing it to better understands transportation patterns and needs.

Like most advancements in society, the environment around is forced to change. When Bird’s CEO was asked of the havoc that his scooters were doing to environments, he said, “Go back to the early 1900s, and people would have a similar reaction to cars because they were used to horses,” he said. “They had to figure out where to park all the dock-less cars.” Electric, rentable scooters are changing the environments around them, and if the environments don’t change with them, those cities will only fall behind. After all, bad ideas do not become the fastest start-up to 1 billion dollars.