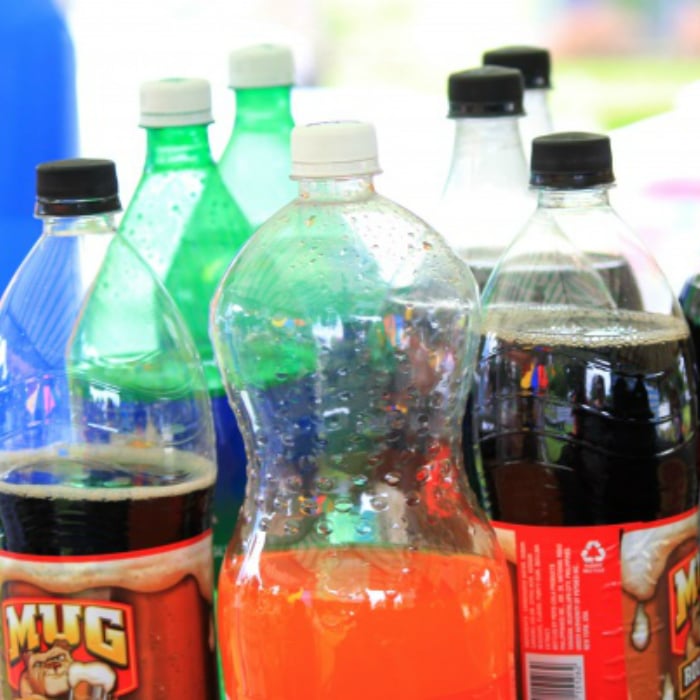 Whether you call them soda, pop, coke, or fizzy drinks, soft drinks are popular across the globe and are defined as a carbonated, nonalcoholic beverage by the Merriam-Webster dictionary.  The term soft drink was originally coined to distinguish flavored drinks from hard liquor, and the first soft drinks were marketed in the 17th century as a combination of lemon juice, water, and honey.  Later, the first carbonated drinks appeared in the 18th century as health remedies.  Today, soft drinks are mass-produced using a combination of water, carbonation, flavoring syrup, and bottling the product to sell to consumers.

In 2016, the global soft drink market was worth 392.6 billion dollars with North America, Europe, and Asia holding most of the market share. Since then, the industry is expected to post growth of 316 billion dollars from the year 2018 to 2023, growing at a compound annual growth rate (CAGR) of about six percent.  Key economic drivers of the soft drink industry include per capita income, the world price of sugar, innovation, and the GDP of BRIC nations (Brazil, Russia, India, and China).  The two largest companies in the soft drink market are the United State’s PepsiCo and Coca-Cola brands, which account for a majority of soft drink production and own many other companies as a result of mergers and acquisitions.  Switzerland’s Nestlé is another major player in this market.  In terms of consumption, Argentina, the U.S., and Chile were the largest consumers of soft drinks in 2017 at 155 liters per capita, 154 liters per capita, and 141 liters per capita, respectively.

Recently, the push for healthier and more sustainable headlines has begun to appear at the forefront of innovation and demand within the soft drink market as consumers aim to live healthier and environmentally-attuned lifestyles.  This seems to factor in as a key component to companies’ success moving forward, along with introducing new flavors and concepts that attract consumers.