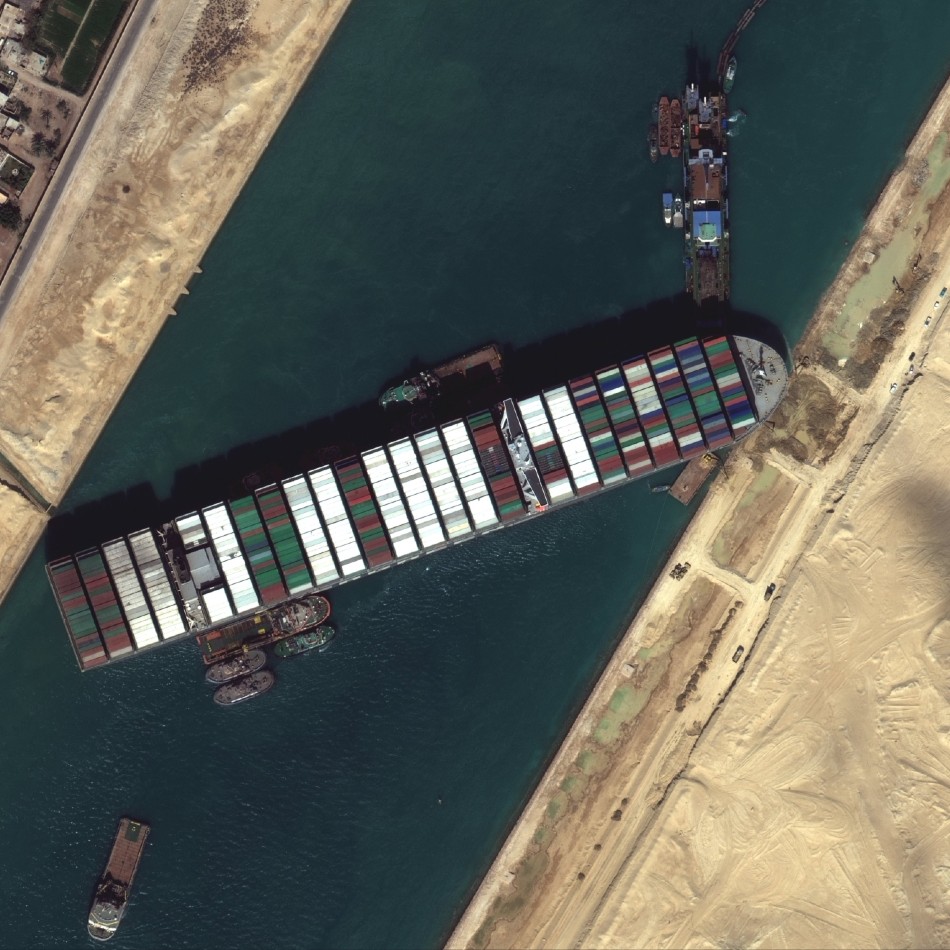 The Suez Canal is an artificial sea-level waterway that connects the Mediterranean Sea to the Red Sea.  Built in Egypt between 1865 and 1869, it serves as a way of expediting transportation between the Atlantic Ocean and the Indian and Western Pacific Oceans.  The closest alternative would be to travel around the Cape of Good Hope in South Africa, which would require an additional 7,000 km, which estimates out to about 8-10 additional travel days.  The Suez Canal is responsible for 13% of the world’s maritime trade, with an emphasis on the transportation of oil and natural gas.  It is reported that around one million barrels are transported through the canal daily.

On Tuesday, March 23rd, a 1,300 ft container ship titled the “Ever Given” was veered to the right by high-speed winds as it was traveling through the canal.  The result was the front of the container ship being lodged into the canal wall as it spanned across the entire width of the channel, blocking off travel completely.  The Suez Canal Authority is still conducting an investigation into the fault of the accident, as it remains unknown whether human errors or technical failures also played a contribution.  While rescue teams continue to work tirelessly on dislodging the ship from the canal's walls and repair the damages, over 320 vessels await travel.

This has caused a major disruption to global trade, as experts report that this situation is costing the global economy $400 million every hour in delayed goods.  The ramifications of the accident could be even greater as it is unclear how long it might take for the situation to be resolved, with recent news suggesting it could take multiple weeks for the “Ever Given” to be removed.  Meanwhile, many ships have rerouted towards Africa, which adds an estimated $450,000 in costs per voyage.  This is an addition to escalated safety concerns as African piracy has made the region particularly dangerous for shipping.

The economic effects of the situation have already begun to realize as supply chains have been negatively impacted in a variety of different sectors.  Crude prices have risen considerably, and shipping delays are expected in a variety of consumer goods such as clothes, technological devices, and food.

This situation serves as a reminder as to how reliant world economies have become to the Suez Canal and underscores how vulnerable global supply chains are to sudden disruptions.