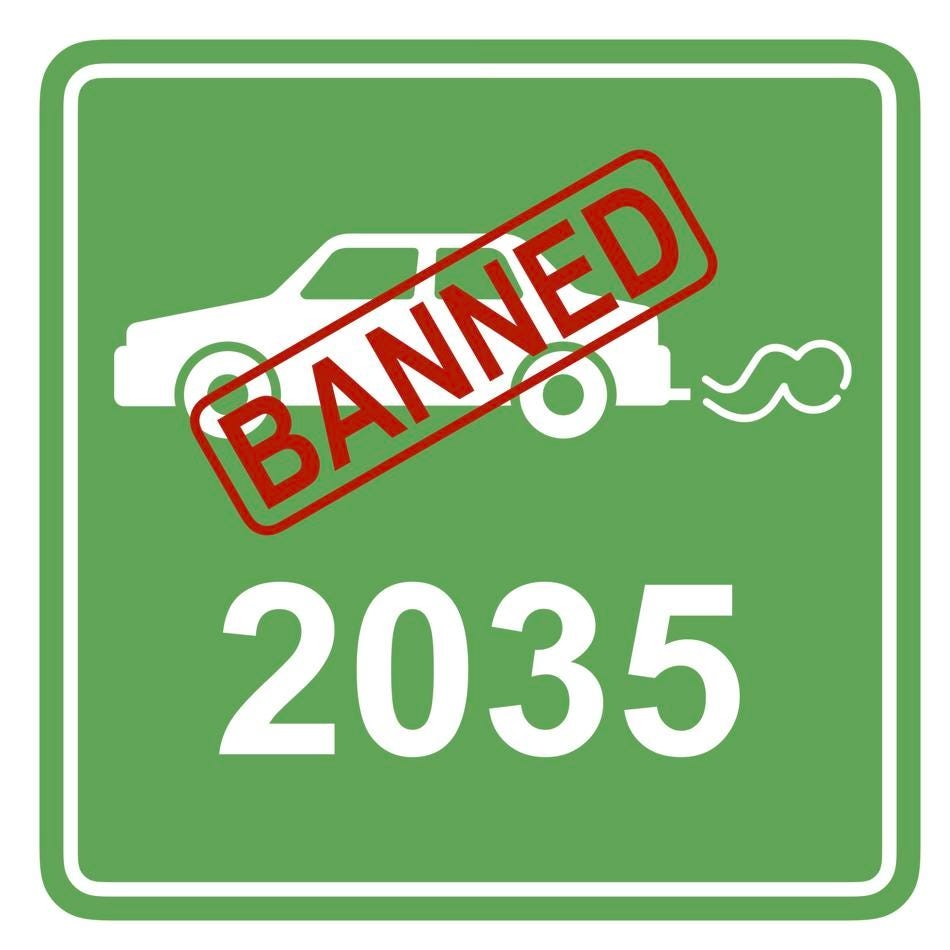 European Union lawmakers and member countries reached a deal to ban the sale of new gasoline and diesel cars and vans by 2035. It would effectively prohibit the sale of new cars and vans powered by gasoline or diesel in the 27-nation bloc. The deal EU between negotiators was made on October 27and is the first agreement of the bloc's “Fit for 55" package, which the bloc's European Commission set up to achieve the goal of cutting greenhouse gas emissions by 55% over this decade. Under the deal, carmakers are required to reduce the emissions of new cars sold by 55% in 2030 compared to 2021, leading to a 100% cut five years later. The European Parliament and member states must formally approve the agreement before it is put into action.

The European Parliament said the deal is ahead of the United Nation’s annual climate change conference, and "that the EU is serious about adopting concrete laws to reach the more ambitious targets set out in the EU Climate Law". In the EU, transportation is the only sector where greenhouse gas emissions have increased in the past three decades, with a 33.5% increase in 29 years. Passenger cars alone account for 61% of CO2 emissions on the roads, being a major contributor to this pollution that the EU is fighting.

The EU wants to drastically reduce emissions from transportation by 2050 and promote electric vehicles, but the region's external auditor found a lack of charging stations to support these vehicles. The EU Parliament is hoping to direct funding to small-sized and medium-sized businesses within the automotive supply chain and in vulnerable communities to ease the transition to electric vehicles. Individual countries in the bloc are putting efforts toward this mission, such as Denmark which is aiming to be free of combustion vehicles by 2030. Other EU countries including Ireland, the Netherlands, Slovenia, and Sweden can be expected to make similar cuts to their emissions with this new ban.

The ACEA, a European car industry association, worries that banning specific technology is not a rational solution, stating that internal combustion engines, hybrids, battery electric, and hydrogen vehicles need to play a role in this transition. To support electric vehicle sales, legislation is being proposed to require the installation of public charging points no more than 37.3 miles apart by 2025. It foresees 3.5 million public charging stations for cars and vans by 2030, rising to more than three times this amount by 2050. This plan will benefit many businesses as they adapt to fit this new market that fits the low-emission agenda of many countries. Many car companies are also likely to shift to the production of more electric and hybrid vehicles instead of strictly gas vehicles to comply with this plan. Companies including Ford, Volkswagen, and BMW are all moving toward researching and producing electric vehicles to follow this market trend.

With emissions only increasing, scientists are not optimistic that global warming will be reduced without drastic steps toward reducing carbon emissions. The EU's ban is a historic decision, as it sets a clear decarbonization plan targeting 2025, 2030, and 2035 to contribute to the overall goal of climate neutrality by 2050. The chair of the environment committee of the European Parliament states that “this sector, which accounts for 16% of European emissions now, will be carbon-neutral by 2050." The European Union is taking a step that is seemingly necessary for the future of the atmosphere, and now it is up to automotive companies and related industries to determine how they will adapt and follow these new goals.