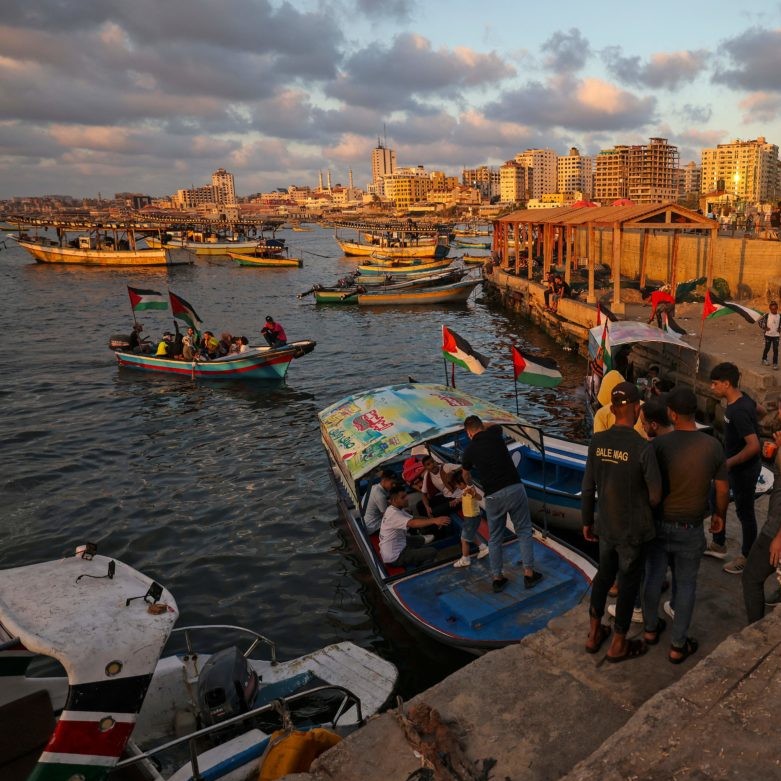 Since 2007, the Gaza Strip has been burdened by a land, air, and sea blockade imposed by Israel. Gaza is a self-governing territory but was seized by Israel in 1967, leading to intense restrictions that have cut Gaza off from hospitals, banks, religious practices, and other essentials in the community. The primary goal of this blockade has been to prevent imports of materials that Gazans could use for military use. For fishermen needing to travel through the Gaza Strip and buy necessary fishing equipment, these restrictions are severely limiting their ability to work in this industry.

The fishing industry has historically been the backbone of Gaza’s workforce, but since the implementation of Israel’s blockade, the amount of fishermen in the community has decreased by more than half with under 4,000 fishermen in the region as of 2020. The fishermen that are still active in this industry are relying on this for income, but are restricted by how much Israel allows them to catch and the limited access they have to imported fishing equipment. With only a specified area permitted for fishing, Gaza is seeing a shortfall of 12,000 tons of fish as fishermen are not able to catch nor import this critical resource. Egypt is offering some support, as Gaza’s Ministry of Agriculture allows imports of Egypt’s fish to make up for this deficit. With demanding markets and abundant fishermen and farms throughout Gaza, there is still potential being wasted as Israel is concerned about security.

Fishermen are struggling to get the motors, propellers, and other items needed to operate a fishing fleet. On top of this, if they are able to acquire these materials, they risk the Israeli military arresting them and confiscating their equipment as a result of the blockade regulations.  This blockade has led to more than simply limitations on exports, making fishermen fear for their safety and livelihoods. Most of these fishermen are simply trying to do their job and make a living, but Israel has bigger concerns. Israel is worried that Hamas, the militant movement governing Palestinians in the Gaza Strip, will use this import channel to obtain “dual use” items. These items are suspected of being used for both civilian use, like many fishermen intend to do, but also for military purposes if Hamas is to get their hands on these materials. This may be a rare occurrence, but the Israeli government appears unwilling to risk these items being put into Hamas’ possession.

In support of the fishing industry, the United Nations has introduced a program permitting the importation of repair materials, even if they are considered dual-use items. Israel and Palestine must approve these orders, but oversight by the United Nations is an opportunity for fishermen to prove that these items are crucial for their operations and not for military use. Though this program is currently heavily regulated, it did permit a shipment of fiberglass, polyester resin, and paint to enter Gaza without trouble from Israel. The program is hoping to include shipments of motors next month. With the blockade easing in terms of allowed materials, the primary concern is now the limits on fishermen’s boundaries and catches. Even with the United Nations’ supervision, they still risk Israel taking down their boats along with the usual danger at sea.

For generations, Gaza has been passionate about the fishing industry, but the blockade is ruining fishermen’s ability to sustain these practices. With help from the United Nations, the fishing potential can be rekindled with the proper resources, yet the damage to the workers and their families cannot be undone. Going on year 15 of the Israeli blockade, fishermen can only hope that one day they can return to the sea without the fear they are currently experiencing.