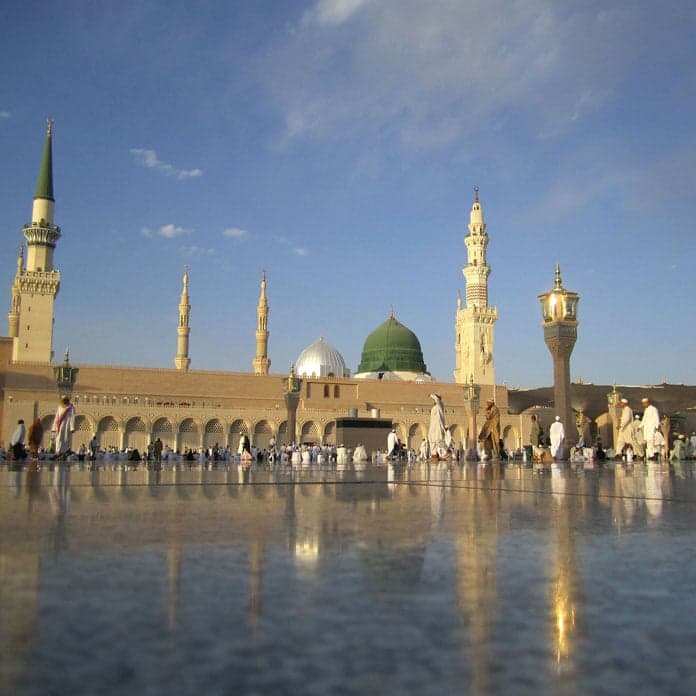 On May 19, United States President Donald Trump embarked on his first series of foreign trips for the current presidential term. His first stop was Riyadh, the capital of Saudi Arabia, where he met with King Salman bin Abdulaziz, Crown Prince Muhammad bin Nayef, and other members of the Saudi royal family. During the two-day visit, President Trump and King Salman signed arm deals worth an immediate total of $110 billion, with additional promises of further investment over the next decade that will eventually equate to $350 billion. On a wider scale, the arms deals are part of a larger series of potential deals between Saudi Arabia and the U.S, often involving specific corporations from each nation. Collectively, they encompass the energy, defense, technology, chemicals, and mining sectors, signifying initiatives from the Saudi government to diversify its business from oil exports (part of the Saudi Vision 2030 plan established in spring 2016) and establish new trade relations within other industries within the U.S. Following the signings, global aerospace and defense stocks rebounded in value.

The arms deals state that the U.S. will agree to sell extensive packages of military equipment to Saudi Arabia, including tanks, aircraft, missiles, radar systems, ships, and tools for cyber-security. The agreements have been framed by the respective countries' governments as jobmakers and essential arrangements for a key strategic alliance between the two nations. Particularly, the Saudi government looks to use these arms to restrict the influence of Iran—they view the country as a rival, having accused Iran of supporting the Houthi rebels in Yemen (The U.S. has also had recent conflict with Iran, as President Trump has imposed new sanctions on the country and repeatedly emphasized his desire to withdraw from the Iran Nuclear Deal). Global human rights observers are concerned with the deal due to the potential effect on Yemen; since 2015, Saudi Arabia and a coalition of other Arab nations have intervened in Yemen to take on the occupying Houthi rebels, with support in arms from the U.S. However, after reports of increased civilian deaths and human rights violations, the U.S. scaled back, cancelling significant portions of a previously-approved $115 billion arms deal from September 2016. The new arms deals signal a rebound in commitment, although many worry the arms from the U.S. may contribute to further famine and starvation in Yemen.

The new arms deals between the U.S. and Saudi Arabia pledge a refined partnership with wider international ramifications, especially throughout the Middle East. The future of these agreements may rest upon how the arms are utilized.