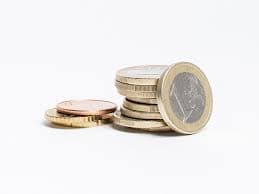 We are in the midst of the 10 year anniversary of the S&P 500’s its pre-recession high. On October 9th, 2007, this index peaked at 1,565. Since then indexed bottomed at 666 on May 6th, 2009 but has recovered. This index is currently trading around 2,550, the highest it has ever been. The United States is in the midst of the second longest economic expansion in its history. Economic prosperity has allowed the housing market to recover and the United States Federal Government has ended its policy of fiscal stimulus by normalizing interest rates. How does this compare to Europe and Asia in the same time period?

Unlike the United States, the Eurozone has experienced two recessionary periods of experienced negative GDP growth in the last decade. The first period was triggered by the collapse of the United States housing market (2008-2010) and the second was triggered by a debt crisis (2012-2014). The debt crisis heightened in 2012 when Greece went to the brink of credit default. Although it wasn’t as severe, Spain, Portugal, Ireland, and Italy are other dominant states that had financial issues in this time period. In the future, expect the European economy to be dominated by geopolitical news. Specifically, pay attention to the Catalonian referendum and other countries attempting to leave the European Union.

In the Asian economy, India and China have seen periods of unwavering economic growth. Between 2007 and 2015, these two countries have had their GDP’s grow at 52.3% and 85.3%, respectively. Although the United States has had a phenomenal recovery since its recession, it’s GDP has grown only 3.2% in the same time period. These staggering numbers are primarily due to the fact that most Asian economies are considered undeveloped, giving them the ability to expand at a rapid pace.