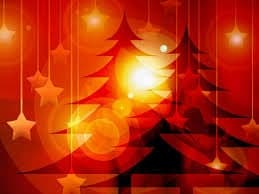 In October, the National Retail Federation announced that it expected holiday sales to increase between 3.6 and 4 percent in 2017. This would create a total spending of $678.75 billion to $682 billion, up from $655.8 billion last year. After the primary holiday shopping season concluded on December 24th, the U.S. economy slashed these estimates, resulting in a 4.9 percent yearly increase in this time period.

Reasons for the increase include: strong growth in the home goods category, heavy early-season promotions, and a heavy last-minute shopping spree that was led by sales on December 24th. It is quite possible that Christmas, which occurred on a Monday this year, gave holiday shoppers one last weekend to buy gifts for family, friends, and other loved ones.

Right now, the U.S. stock market, employment, and consumer sentiment numbers are at or very close to all-time highs. These three metrics have been very strong for the past few holiday seasons. A retail analyst for Forrester Research commented that “last year saw lots of big-ticket purchases, like houses, cars, and vacations. In 2017, spending migrated to retail.” This concept makes sense because, in past years, disposable income may have been directed towards big ticket ‘one-time’ purchases. Now that the spending on these items has already occurred, it is likely that U.S. citizens have more disposable income to spend on retail.

Young people, mainly Generation Z and Millennial members are getting older and have greater buying power than in years past. In a survey performed by the National Retail Federation, 46 percent of individuals between the ages of 18-24 have stated that they spent more this year than last year. These generations, appear to be less concerned about the amount of money they spend on holiday shopping and are more focused on satisfying their loved ones with gifts.

If these hypotheses prove to be true and no downturn in the economy occurs, expect there to be another strong holiday shopping season in 2018.