Is Poland Going to Exit the EU? 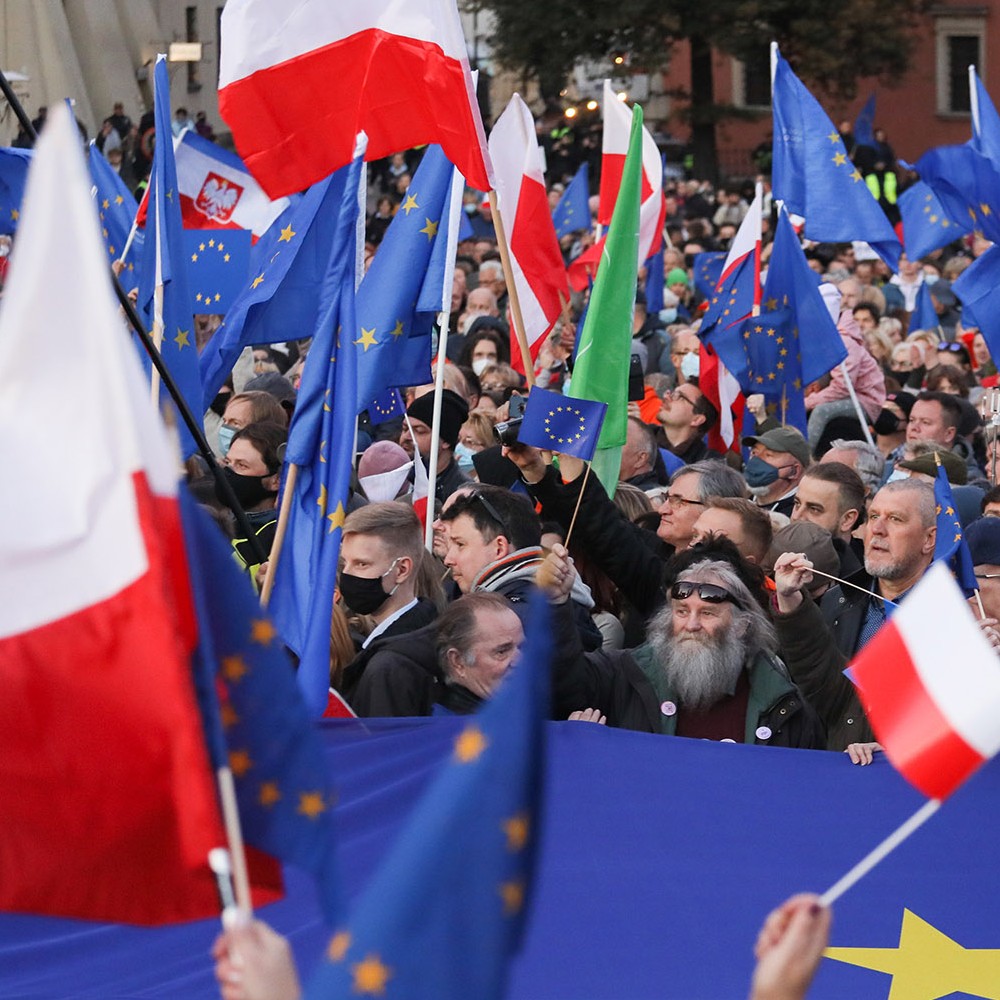 Poland and the European Union are on a path for collision as the Polish Constitutional Tribunal ruled that Poland’s constitution takes precedence over some EU laws. Specifically stating that the European Union’s efforts to interfere with matters of the Polish justice system violates the Polish constitution. Many are now speculating about a “Polexit” as tensions rise between Poland and the EU. However, the real question remains: Is Poland going to leave the EU?

First, a little more detail on the Polish ruling that is causing all of this disturbance. The ruling was made on October 7, 2021. The ruling states that certain EU laws are incompatible with Polish laws; however, the EU laws will not be allowed to supersede the Polish ones. This violates a core principle of the EU, which is to set democratic, societal, and trade standards across its member states.

This ruling leads to two routes: what if Poland leaves the EU? And, what if it stays?

If Poland leaves the EU, we are going to see a situation, not unlike Brexit, with all of its economic fallout and issues. Companies swiftly began downsizing and moving out of the country when there were signs that doing business would become extremely difficult as negotiations continued. Companies like Ford, JPMorgan Chase, and Honda moved production out of the country years before negotiations were even finalized. If a situation similar to Brexit seems like it will begin to happen in Poland, there is a likelihood that big economic driver companies will leave quickly, especially after living through it once with the UK.

If Poland stays in the EU, the ruling will create a large political problem for the EU. The EU is voluntary and supposed to be a more neutral ruling power to bring Europe together. If they exempt Poland from following EU rulings, then there are opportunities for political coercion and corruption within the EU directly from Poland. There are already speculations that the current Poland government, specifically PiS chairman Jaroslaw Kaczynski and Prime Minister Mateusz Morawiecki, are attempting to scare the country and spread false information about the Polexit.

On the international scale, multiple presidential candidates in France, such as Valérie Pécresse and Arnaud Montebourg, have largely shown their support for the Polish ruling. We may see more and more countries continue to weigh in on their thoughts as Poland continues to make new developments.

So, is Poland going to leave the EU? They have not announced it yet, however, the consequences of this new law will be widespread whether they stay or go.