The Future of Agriculture in India 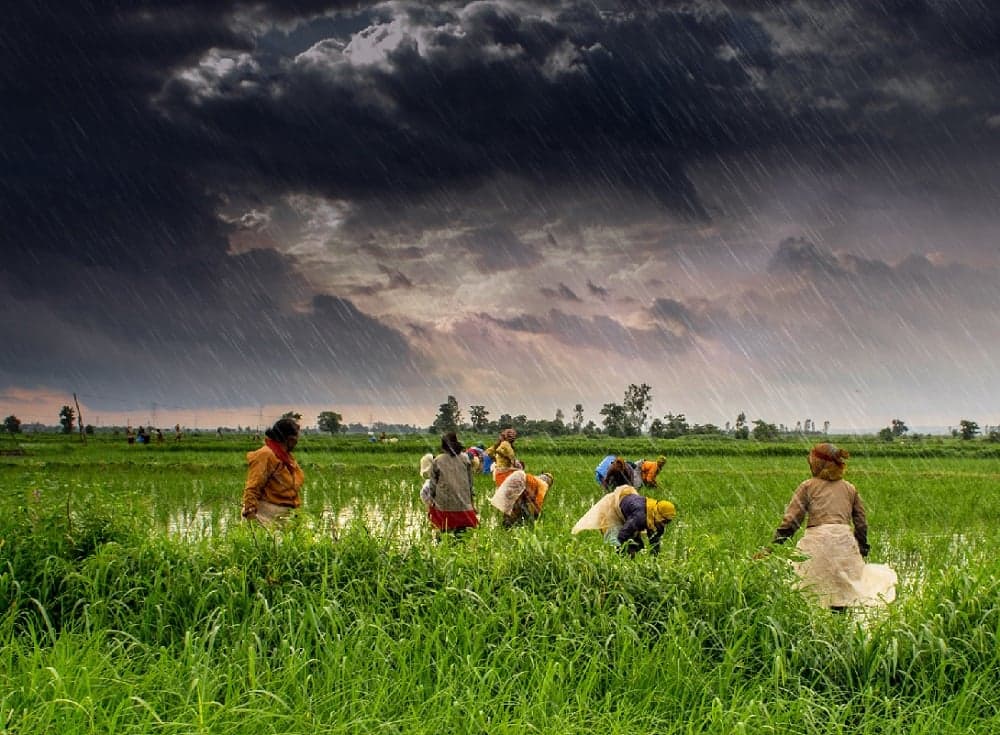 With the population in India increasing and the need for a sustainable food supply being so important, a multi million dollar investment that is backed by the World Bank has gone into place. The main goal of this initiative is to boost the agricultural industry in India. This goal will be achieved by educating the new generation and equipping them with the skills needed to be successful in agricultural business. 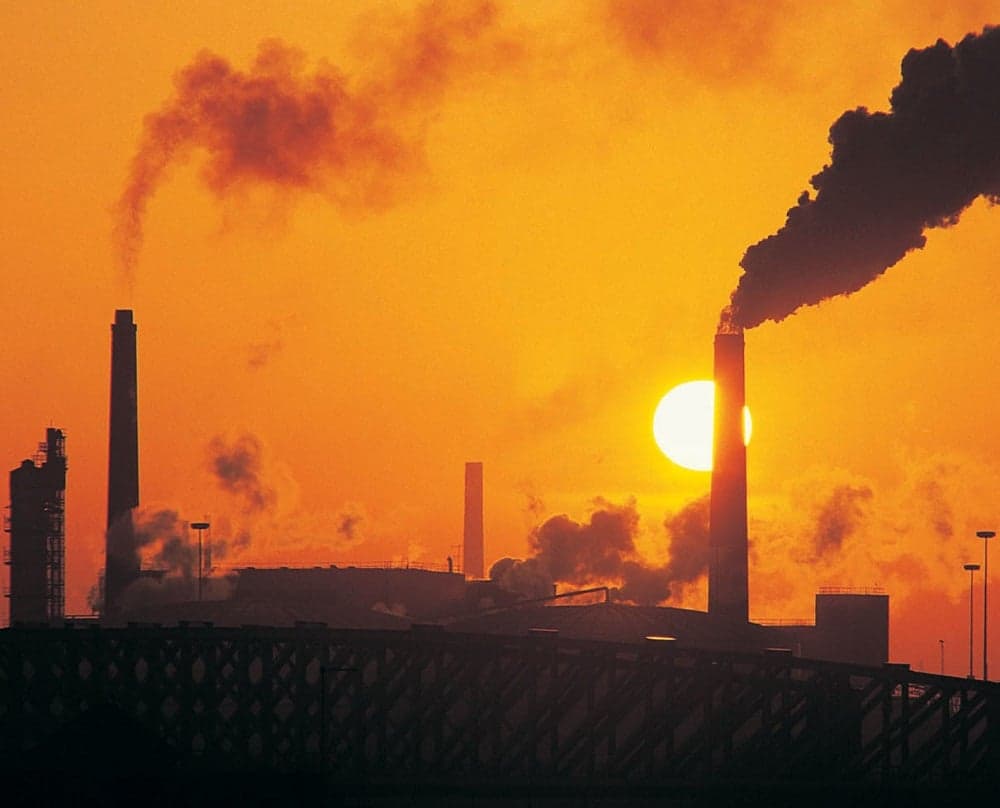 Research in climate change suggests that even an incremental increase in average global temperatures can trigger disastrous effects around the world. Although efforts are being made to curb carbon dioxide emissions and sustain stable environments, climate scientists warn that “there will still be consequences" if more drastic actions are not taken. Global businesses that depend on vast energy usage are now paying attention to new corporate social responsibility (CSR) initiatives. 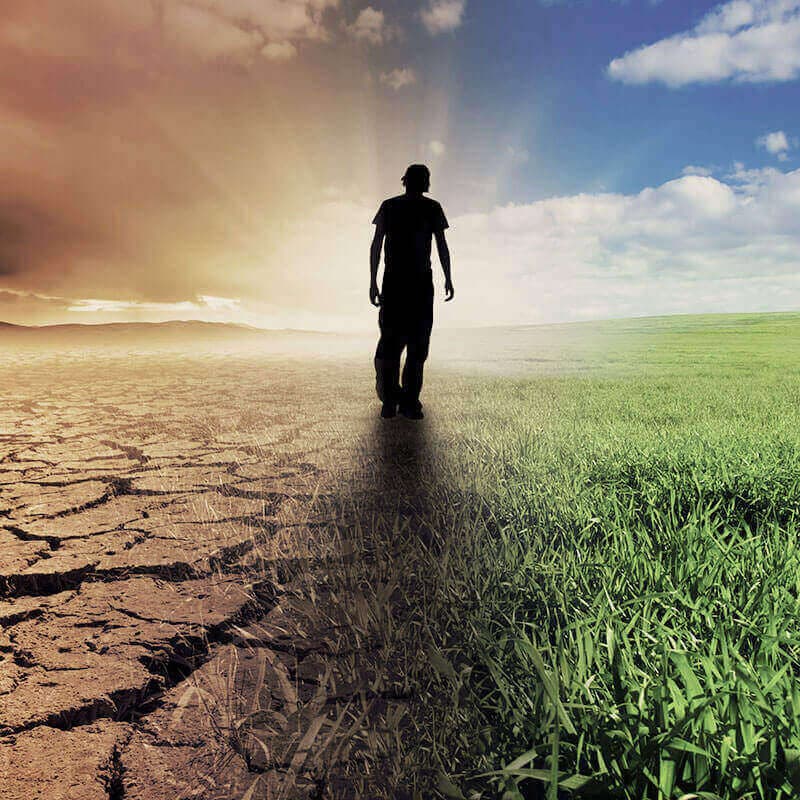 Climate change has become a prominent issue within the past few decades. To stay in tune with global efforts to improve global climate, several nations have committed to the terms of the Paris Climate Agreement, a multinational deal made with the United Nations to curb worldwide carbon emissions. According to the New York Times, many "countries and businesses all over the world [have] already made advances based on the agreement," including rich and poor nations alike. The world's largest emitter of greenhouse gases, China, remains fully "committed in the fight against climate change and to participating in international efforts for a greener world." Brussels and Beijing have been cooperating in order to move forward together with the agreement, and India has pledged its commitment as well. 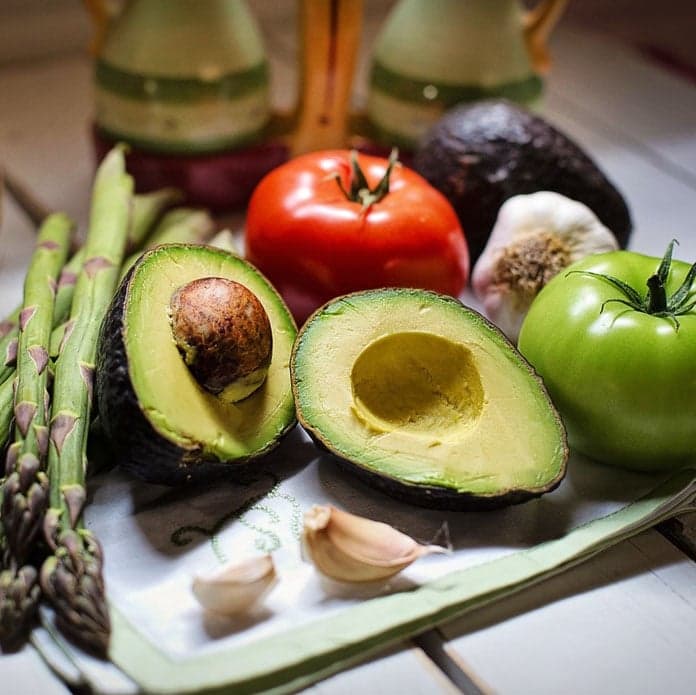 Due to unsuccessful harvests and rises in demand, avocado prices are predicted to double this summer. This delicious green fruit has grown in popularity over the past few years because of the nutrients and vitamins it contains, “making it a favorite for fitness gurus and the health conscious,” according to The Independent. However, due to high demand, prices have climbed significantly.

Why Our Skies Are So Crowded 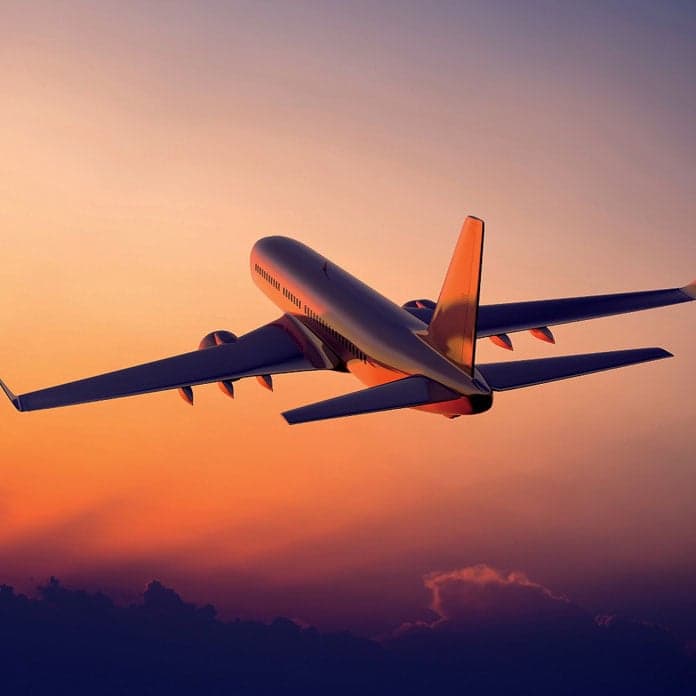 Flights have increased and ticket prices have gone down. In the past recent years, airlines have experienced a higher demand in their market than ever before. This is partially due to the decline in ticket prices. The decrease in ticket prices has made flying more affordable for more people, however there are also some downsides. 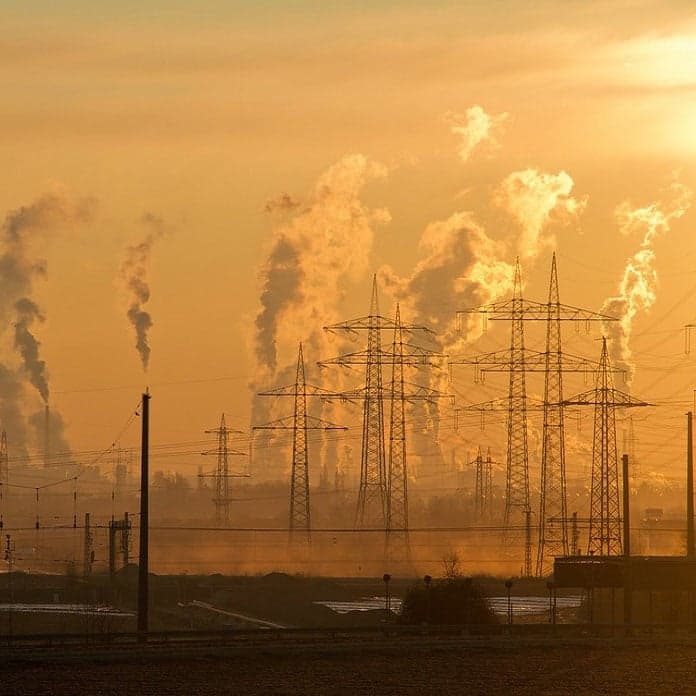 Westinghouse Electric Company, a nuclear power developer based in the United States, filed for bankruptcy on Wednesday. The company is struggling to account for its failed nuclear production projects while its main corporate partner, the Japanese parent Toshiba Corp, is suffering huge losses.

A Look at the Gulf Corporation Council (GCC) 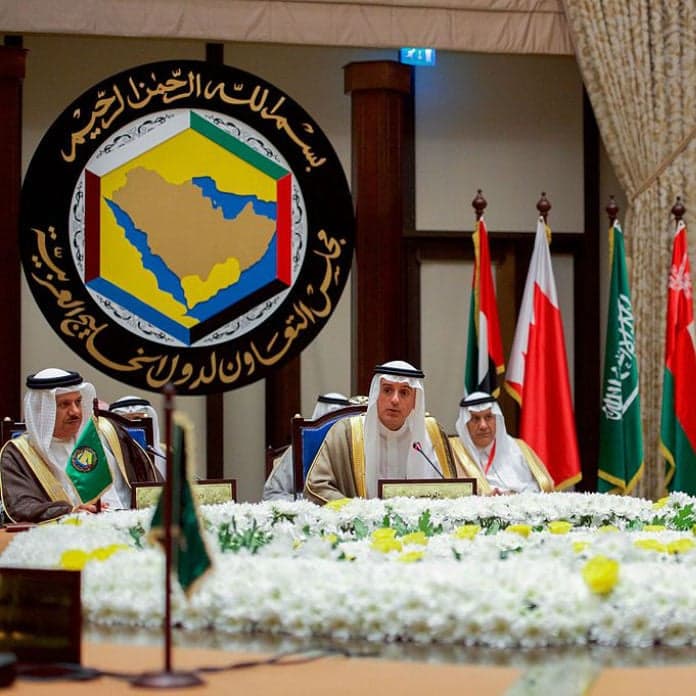 In part two of this week's trade blocs series, we are taking a look at the Gulf Corporation Council. 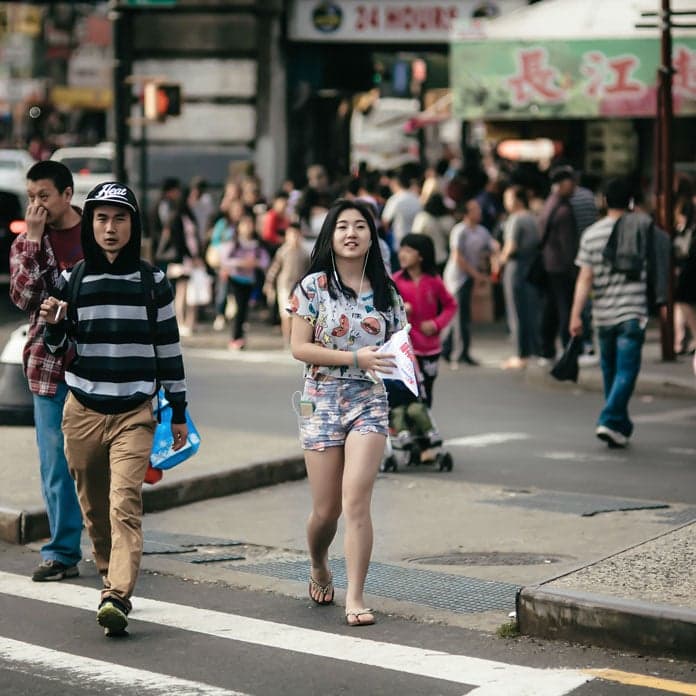 South Korea has been under tremendous pressure as tensions increase due to China’s boycott of South Korean products, North Korea firing missiles, and the United States insisting that South Korea increase its defense. Recently, North Korea has been testing ballistic missiles and firing them near Japan and South Korea, and this has many countries concerned with their defense systems. The U.S. argued that Terminal High Altitude Area Defense (THAAD), “an American missile defense system designed to shoot down short and intermediate range missiles in the terminal phase”, was needed in South Korea to protect the country from the North. Therefore, Seoul's government agreed to increase its defense system and install THAAD on its soil. 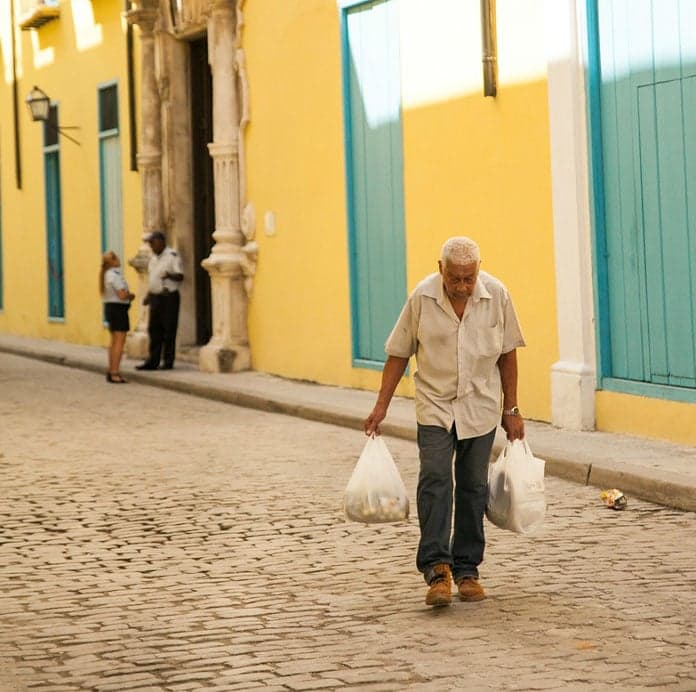 When more Unites States airlines began to hold direct commercial flights to Cuba, many began to hope that increased tourism would bring more money into Cuba. However, the shortage of basic goods has not improved as tourism increased in the country, as the citizens are now competing with tourists for the scarce food available.

Demands for Asian Expatriates is on the Rise 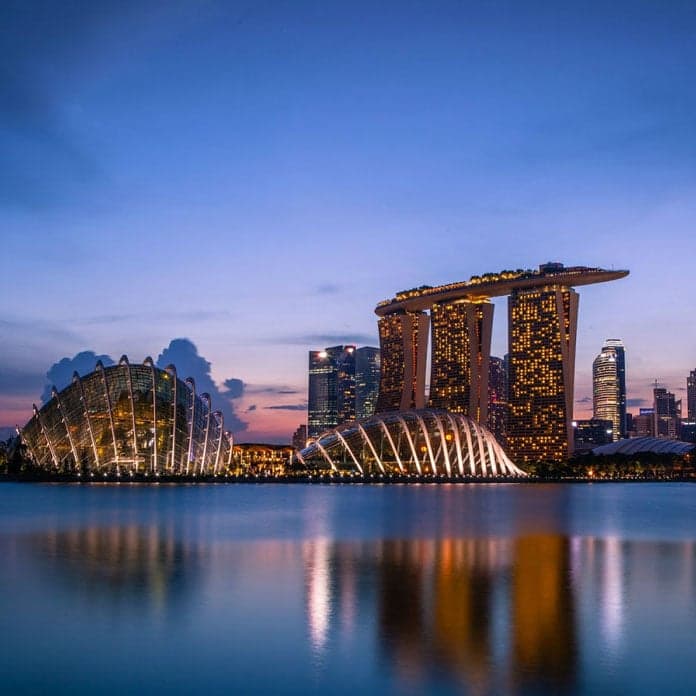 In recent years, the demand of expatriates has shifted from Westerners to expats from Asia. Many corporations in the West would send their employees to different countries for a short period of time to gain experience and transfer knowledge to their companies. However, companies in Asia are drawing attention due to their global economic success, resulting in an Eastern shift for expats. 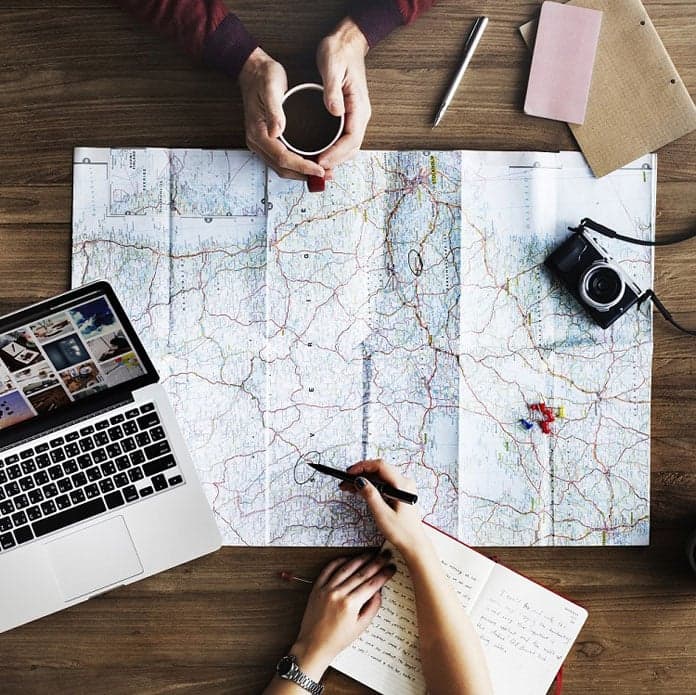 Many companies all over the world are concerned with the challenges of the hospitality industry including the threat of Airbnb, as well as social responsibility and liability complications. Airbnb is seen as an increasing threat to the hospitality industry and researchers predict that the company will eventually become a replacement for extended stay hotels, bed and breakfasts, rental sites, and corporate apartments. As Airbnb is continuing to grow, hotels are having a hard time maintaining their nightly and occupancy rates that they had the year before. Not only are companies like Airbnb a threat to the hospitality industry, but other challenges include liability alleviation and corporate social responsibility (CSR).

Russia has been pushing to incorporate nuclear technology in medicine. This process, known as nuclear medicine, involves the use of radioactive substances producing dangerous radiations to gamma rays, beta particles, and alpha particles. Although it may be risky and unsafe, Russia’s increasing participation in the “international market for the production of medical isotopes” has brought tremendous success to the country in the means for fighting cancer.

During this past November, sales on United States homes have substantially increased, reaching an unexpected ten year high. Buyers have been flooding the market, rushing to invest in homes during this current period of low interest rates, especially with anticipated increases in borrowing costs in the near future. The sudden upsurge in home-buying activity may be a result from the strain of rising prices and mortgage rates.

Despite the trade agreement disputes, political instability, and concerns about the United Kingdom’s withdrawal from the European Union, the European economies have continued to grow slowly and steadily. During the months of July through August in the third quarter, GDP rose 0.3%, consumer prices rose up to 0.5%, and economic growth as well as inflation occurred as predicted. Global economic growth is based on the productive potential of a country, and the Eurozone economy has, for the past few months, experienced a steady yet sluggish growth.

Rise of the Medical Robotics Industry in China

Medical breakthroughs have sparked the rise of the robotics industry in the arena of medicine. Through technological advancements, robots have been gaining popularity. There are various types of robots, some are made for personal assistance or social use, but they have seen the most significant growth and evolution in industrial automation. Companies in China have been on the rise to implement the use of robotics in the medical industry to develop new products and to meet consumer demands in order to keep up with medical advancements.

Pollution and its Effects on Labor Productivity

Researchers have found that the quality of the air that we breathe can affect how we perform in the office. As pollution increases, labor productivity may decrease due to the fact that inhaling polluted air can hinder our “respiratory, cardiovascular, and cognitive function”.  China, along with many other industrialized countries, have experienced a decline in worker productivity due to the extensive air pollution and climate change.

In efforts to dominating the global mining industry, Canada has made tremendous attempts to promote mining overseas. With increased international mining initiatives, many Canadian corporations have been fueling their resources to expand globally. According to the Huffington Post, “Ontario-based Carube Copper said it acquired ‘over 500 square kilometers of the most prospective ground in Jamaica based on historic showings.’”

With all the growth in the logistics industries, “several companies are racing to develop airships they hope will transform air travel.” Amazon, for example, has struggled keeping up with the high demand, especially with Prime members who get free two day shipping. Using airplanes to transport items will significantly increase the company’s shipping speed and help Amazon continue to grow.

After suffering a drop in soybean yields due to a drought this past year, Brazil is now facing a large shortage in its corn harvest. While many farmers had planted the corn seeds during good weather conditions, more hot and dry weather hit Brazil causing the second harvest of crops that were in the process of forming to die out.

Even after Britain’s vote to exit the European Union, Europe still stands strong and connected in many ways. The European Union is a treaty with 28 country participants, developed to bind its members with specific laws and an internal market. The Union was originally created after the Second World War to unify Germany and France, but now it serves its main purpose to allow the free movement of people, capital, goods and services between its members.

The Future of Oil Prices Remains a Mystery

U.S. crude oil prices have been falling for the past two years and some claim that prices may not change until 2019, when oil production will reach its peak. Ever since the global oil-price collapse, oil has become a lot more affordable for consumers, hitting a two-month low on Wednesday, July 20th. As a result of excess oil productions, many suspect that oil prices may go back to $20 per barrel while others predict prices to reach $80 a barrel because the excess is overestimated.

Expansion of the Panama Canal: A Risky Business

Celebrations and support from the people of Panama erupted on Sunday, when the expanded Panama Canal was opened on June 26th, 2016. Panama Canal is mainly used by the United States and China for trade and transportation. The new canal is said to allow for the passing of 98 percent of the ships in the ocean and will account for 80 percent of the current “world liquefied natural gas tanker fleet, compared with the 7 percent that could pass through old facilities.” With the $5 billion ten year expansion project, Panama hopes to generate three times the amount of revenue from canal shipping fees, and wants to make transportation more efficient with its new locks. However, these goals may still take some time to reach due to the drop in shipping prices and the unexpected problems that have arisen with the expanded canal.

Economists and governments have predominantly been talking about bringing the ancient Silk Road back into the world of trade. Although the Silk Road dates back to 300 BC, it has had a lasting significant impact on stimulating the cities that laid along its trail. This has influenced China to bring the Silk Road back in order to enhance global business. As a result, President Xi Jinping of China launched China’s Silk Road trade in 2014.

On Wednesday, June 1, 2016, Uber gained $3.5 billion from Saudi Arabia, the largest cash infusion ever made in a private company. Venture capital investing has been growing in the Middle East where countries such as Turkey, Egypt and Saudi Arabia are turning to transportation companies, including Careem, Lyft, EasyTaxi and Uber, to boost their economy.